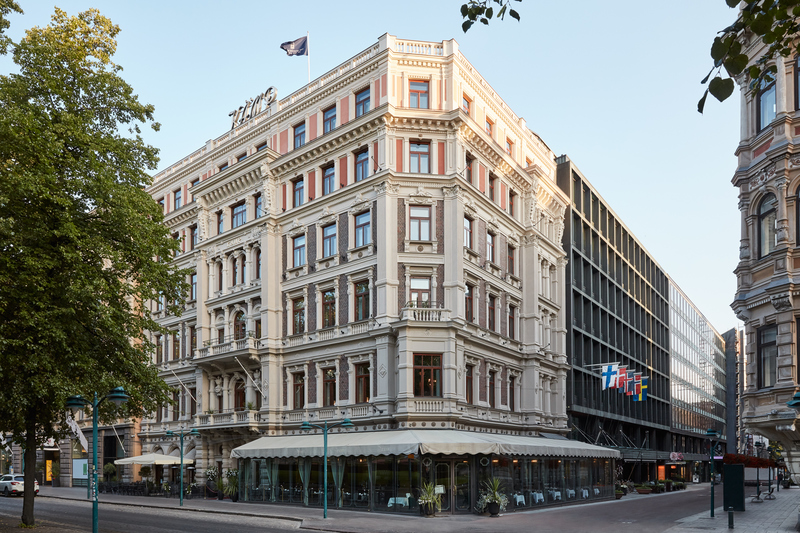 The Imperial Hotel in Tokyo, in celebrating 100 years of diplomatic relations between Finland and Japan, will welcome Timo Ruosteoja, chef of the prestigious Hotel Kamp in Helsinki, to host a “Finland Fair” serving Finnish cuisine at the buffet restaurant “Imperial Viking Sal” and traditional restaurant “La Brasserie” from November 8 (Friday) to November 30 (Saturday) under the nominal support from the Embassy of Finland, and supported by Business Finland.

Welcoming a chef from the prestigious Hotel Kamp in Helsinki, the capital of Finland:

The Finland Fair will be co-hosted by the Imperial Hotel, Tokyo and Helsinki’s prestigious Hotel Kamp, a member of the Leading Hotels of the World, an international hotel organization that accepts only the most distinguished luxury hotels of the world as its members.

Overview of the Fair:

At the Imperial Viking Sal, guests will be served legendary Imperial Hotel dishes as well as 13 authentic Finnish dishes supervised by Antti Hokkanen, banquet chef at Hotel Kamp. At La Brasserie, guests can enjoy the flavors of Finland infused with the essence of French cuisine prepared personally by Chef Timo Ruosteoja. Both of the unique dining experiences are wrapped up with high-quality sweet delicacies created by Kamp's talented Pastry Chef Guilherme Guise.

At the opening of the fair on November 8, members of the Finnish Embassy in Japan as well as Hotel Kamp General Manager Tuomas A. Liewendahl will take part in a ribbon-cutting ceremony.

Ahead of the fair in Japan, Hotel Kamp will host an Imperial Gala Dinner by Imperial Hotel Tokyo Executive Chef Yu Sugimoto on October 4 (Friday).

Established in 1887, Hotel Kamp is Finland’s first and only grand hotel whose premium quality and top-rated services are still treasured today. Having hosted generations of clientele from different parts of the globe, the legendary hotel is the destination at which to stay, dine, and be pampered in the midst of Helsinki. Read more about the hotel here: https://www.hotelkamp.com/en/

About Imperial Hotel in Tokyo

Tokyo's Imperial Hotel was established in 1890 under the direction of the Meiji Government as the nation's first semi-official state guesthouse to receive an increasing number of foreign dignitaries visiting Japan in the Meiji Period (1868-1912). From its very first days, the Imperial set the stage for the introduction into Japan of the latest in foreign technologies, culture and traditions of hospitality, deftly combined with its own. The hotel also pioneered many new services and facilities which have since become standard at major Japanese hotels, such as wedding services, shopping arcades and in-house laundry service, and introduced diverse Western cuisine to the Japanese public. For its range of classical Japanese hospitality, it is the traditional favorite of dignitaries and celebrities from abroad visiting the Japanese capital. The hotel was the scene of many events and trends which in part echo the very history of modern Japan. Today's Main Building opened in 1970, with The Imperial Tower following in 1983. The Imperial Hotel, Tokyo, now houses 931 rooms and 56 suites, 17 restaurants and bars, 27 banquet rooms and two elegant shopping arcades.