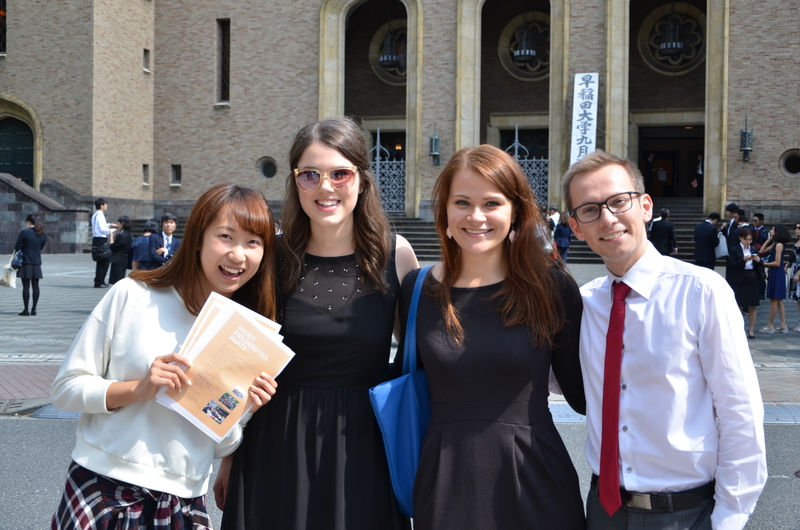 In order to offer more choices of comprehensive programs for international students, Waseda has launched a wide range of degree programs that be completed entirely in English. However, the university sees the need to provide more opportunities for domestic and international students to interact with one another as we strongly believe it is key in fostering among students a global mindset which is highly sought after in today’s ever-connected world.

Waseda has deployed various initiatives since Autumn 2019 to achieve its goal of becoming a university that shines on the global stage. For instance, it conducted its autumn entrance ceremony entirely in English for the first time and launched a newly renewed English website that better accommodates the needs of users from overseas. On October 21 (the anniversary of the founding of Waseda University), the university will start a new initiative called the International Weeks that will last through late November. During this period, more than 60 events such as the Haruki Murakami Symposium will be taking place. The university will be providing information and updates about these events on its official website and social media accounts.

We welcome all including members of the public to join us in this newly launched International Weeks.

How does the way our neighborhoods are designed affect cardiovascular health?