“Matsui Pure Malt Whisky The Kurayoshi 18 years” from the Kurayoshi Distillery (based in Kurayoshi City, Tottori prefecture, Japan) was chosen as “Japanese Whisky of the Year” by Jim Murray in his “Whisky Bible 2022”.

It was organized by one of the most renowned whisky journalists, Jim Murray, who is described as "The man who has visited more distilleries globally than any person". The result was announced in his 19th edition. Only the finest whiskies in each category are awarded. This year over 4300 whiskies were tasted and rated by Jim Murray. The book is named "Whisky Bible, it is described as:

"This is the most comprehensive, internationally influential and thoroughly researched guide to all the world's whiskies. In terms of whisky, this is the gospel"

With his superbly unique expressions in his tasting notes, the Whisky Bible has become an event where the international spirits industry pays close attention.

■The Kurayoshi 18 Years awarded “Japanese Whisky of the Year”

Experts from the tasting comment given to The Kurayoshi 18 Years:

― “There is a depth beyond the simple broadcast of sugar and grist. Sugars are extracted from the tannings, also and these have a spicy hue. This is all about layering and subtlety, and it is hard to imagine that they could have got it better than this... Definitely knocking on the door as Japanese Whisky of the Year.”

The Kurayoshi 18 Years is, by exquisitely blending technique, vatted with carefully selected malt whiskies matured in American White Oak for more than 18 years. The long-term maturation gives it a rich and deep flavor with a very smooth mouthfeel for being 50%, using fine spring water from Mountain Daisen. This is a rare and premium gem.

Including this award-winning one, Matsui Whisky is widely available all over the globe.

We are truly pleased to have our whiskies honorably awarded.

We will continue to produce better liquor and make people happy through it. 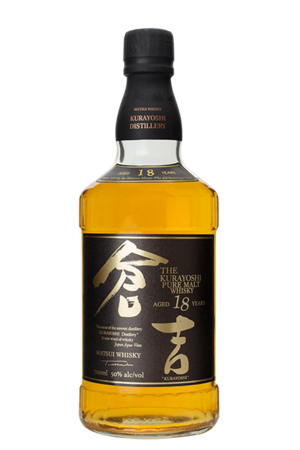 For inquiry regarding this press release: 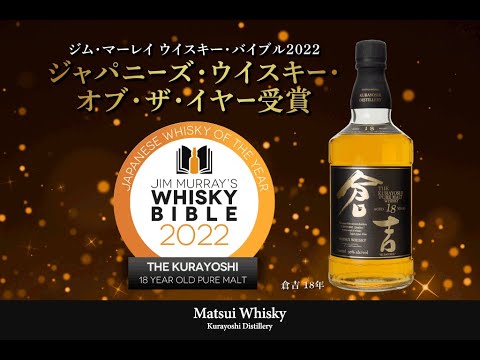