- Game for Girls and Women Logs Over 3 Million Members Globally -

CYBIRD Co., Ltd. on April 21 launched a new service at Amazon Appstore for the English-language edition of "Midnight Cinderella: Ikemen Royal Romances," the most popular title in the "Ikemen Series" of dating simulation games for girls and women that boasts 10 million members.

CYBIRD has provided service for the popular game at AppStore and Google Play in Taiwan, Hong Kong, South Korea, Thailand and North America, logging over three million members globally and emerging as a high-ranking app title in Japan and abroad. Amazon Appstore will join App Store and Google Play editions, available since December 2014, in providing the service for greater numbers of members in the English-language speaking world.

"Midnight Cinderella: Ikemen Royal Romances" allows users to enjoy high-quality manga-style images on a big screen together with extremely realistic background music. As with the Japanese edition, users of the English-language version, armed with five free story tickets a day, can enjoy a sweet love story filled with handsome male characters with strong individuality, such as a knight, a mysterious duke and a seductive tutor. In addition, you can dress up your very own fashion avatar with gorgeous dresses, colorful accessories and horse-drawn carriages straight out of a fairy tale.

First introduced on Sept. 26, 2012, "Midnight Cinderella: Ikemen Royal Romances" has been the top-ranked title of the "Ikemen Series" simulation game titles, staying within top 50 rankings on the iPhone and Android OSs for 10 straight months. Users have a very favorable opinion of the title because of handsome characters and alluring scenario.  English-version of "Midnight Cinderella: Ikemen Royal Romances"

* "CYBIRD" and "CYBIRD" logo are the trademark or registered of CYBIRD Co., Ltd.

* The names of the company and products/services mentioned above are trademarks or registered trademarks of each company. 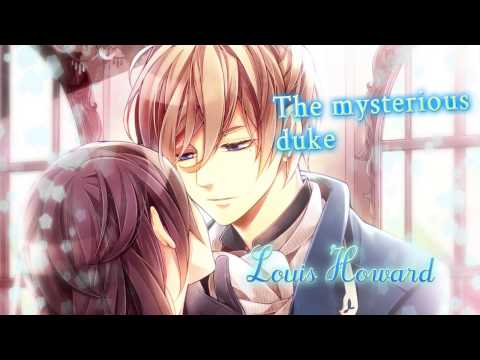