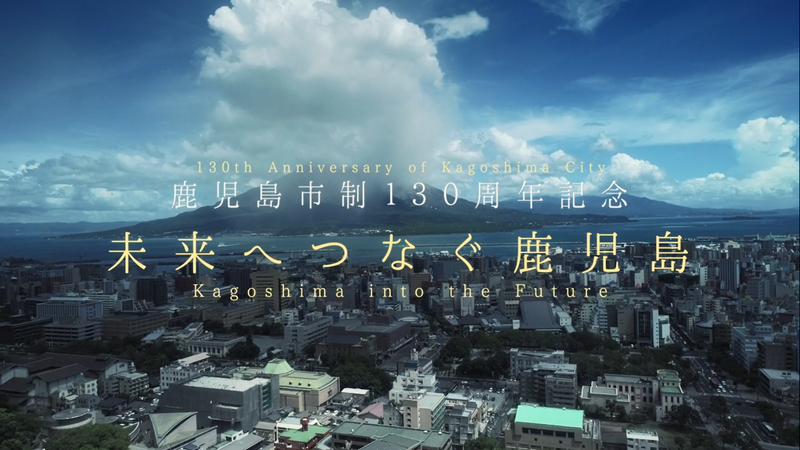 The music video has been released on YouTube to promote the City’s new theme song “Kagoshima into the Future”, and attractions of the City.

This song, released in November 2019, portrays some of the great points that showcase Kagoshima City starting with the symbols of Kagoshima, the active volcano Sakurajima and the scenic and tranquil Kinko Bay. It conveys the abundant nature of the City, the strength that spurred the modernization of Japan, and the splendor the City offers to international tourists.

The music video shows the City’s beautiful sceneries, starting with Sakurajima volcano, and highlights many attractions of the City.

An introduction to Kagoshima City

Kagoshima City is located at the southern end of Kyushu Island in Japan. It is a unique place where approximately 600,000 people are living with the active volcano Sakurajima, which towers above the downtown area across Kagoshima Bay (Kinko Bay).

The City is called “the Naples of the Orient” as the volcano view from the City resembles that of its sister city Naples, Italy.