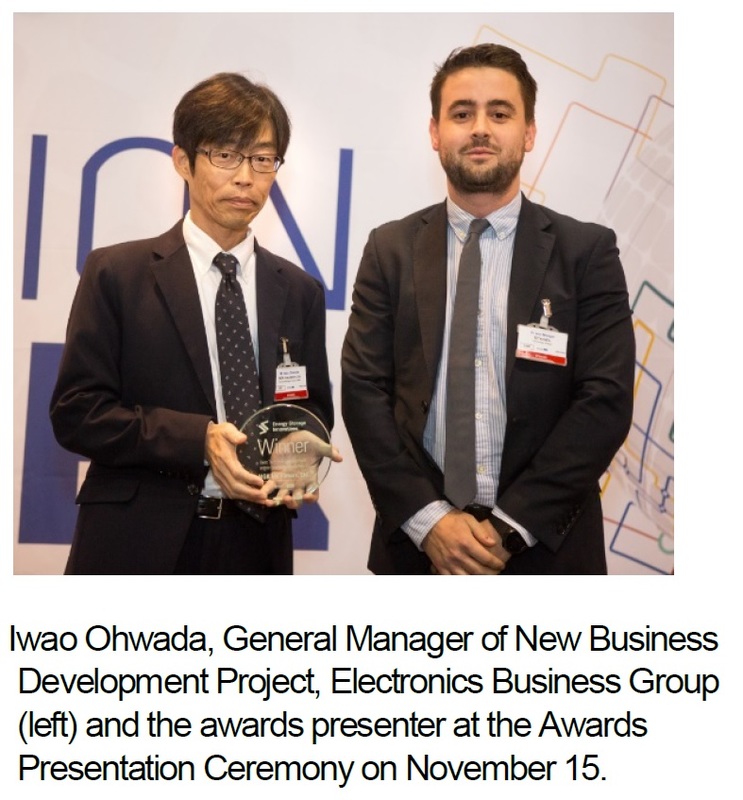 The EnerCera series is a Li-ion secondary battery with a high-energy density and small and thin body that uses NGK’s original Crystal Oriented Ceramic Plate as electrodes. With its high heat resistance, the EnerCera series stands out for its compatibility with high-temperature production processes, such as hot lamination, which is a common forming method for IC cards, and the reflow soldering, which is a standard method for mounting electronic components on circuit boards. The EnerCera series received a highly positive evaluation for its compatibility with high-temperature installation, an essential process for the mass production of devices. This compatibility will enable batteries to be installed in various devices going forward. The EnerCera series was also highly commended as a long-awaited high-performance battery solution that will contribute to the development of smaller and thinner bodies and enhanced productivity for IoT devices, wearable devices and other applications.

Hosted by major UK-based high-tech research firm IDTechEx, the IDTechEx Show! is one of the world’s leading exhibition and conference events on emerging technologies. Every year, the event is held in the USA and Europe, drawing participants from around 60 countries. It features exhibits by more than 270 companies and presentations by more than 250 companies from around the world. At this year’s event in Santa Clara, USA, the exhibition covered eight categories, including Internet of Things Applications, 3D Printing, Sensors, Wearable, and Electric Vehicles. The EnerCera series won the award for the Best Technical Development within Energy Storage. This award is presented to the most outstanding technology and product in the Energy Storage Innovations category, which includes entries on cutting-edge energy storage technologies and devices.

NGK is the world’s largest manufacturer of electrical insulators, including 1,000-kV ultrahigh-voltage (UHV) transmission and substation insulators, and has a 100-year history. With foundations in exclusive ceramics technology, NGK contributes to environmental conservation, providing a wide range of products and technology in the “Triple E” growth fields of energy, ecology and electronics. NGK is also one of the largest manufacturers of HONEYCERAM and diesel particulate filters (DPFs) for catalyst converters for automobiles. NGK is also the world’s leading manufacturer succeeding in commercialization of large-capacity energy storage systems (NAS batteries), which has overturned the conventional wisdom that power cannot be stored. Its President is Taku Oshima.

NGK’s Large Ceramic Membrane to Be Used in Demonstration Test for CO2 Recovery from Associated...