We will hold a special exhibition

Today, the Japanese word "manga" has come to be used all over the world. There are a number of different theories regarding its origin. In this exhibition suggests that giga, a form of caricature from the Edo Period (1603-1868), provided the starting point for what is now known as manga.

Ukiyo-e giga deal with a wide range of subjects - sometimes in a comical way, other times in a critical manner. These included the reformation of the shogunate, the turbulent era at the end of the Edo Period, modernization, social contradictions and incidents, and common people's lives.

The Meiji Period (1868-1912) saw the emergence of modern journalism in newspapers, magazines, and other outlets. This was accompanied by a shift from giga to illustrations, which in time morphed into manga. Ultimately, this resulted in the publication of manga magazines, establishing the form as a new type of pictorial expression with widespread public appeal.

In this exhibition we trace the vicissitudes of Japanese manga from ukiyo-e prints of the Edo era to satirical manga magazines of the Meiji and Taishō Periods, and children's comics from the World War II era. 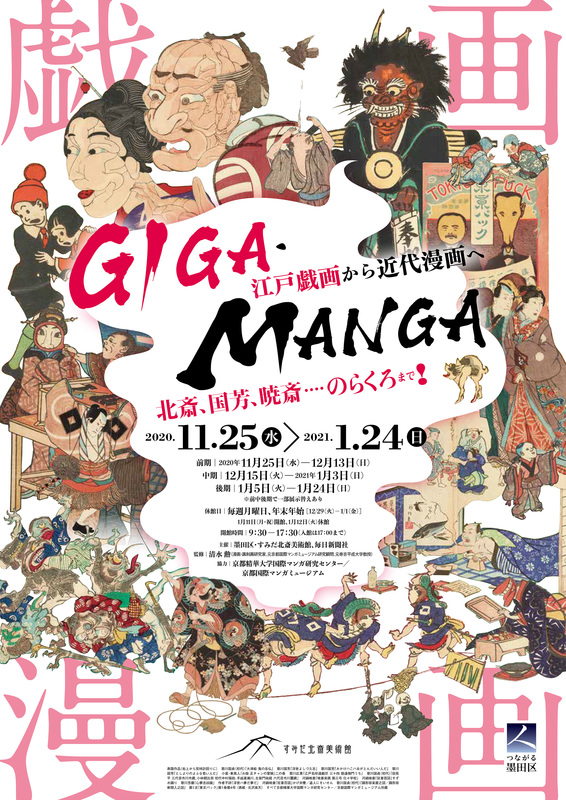