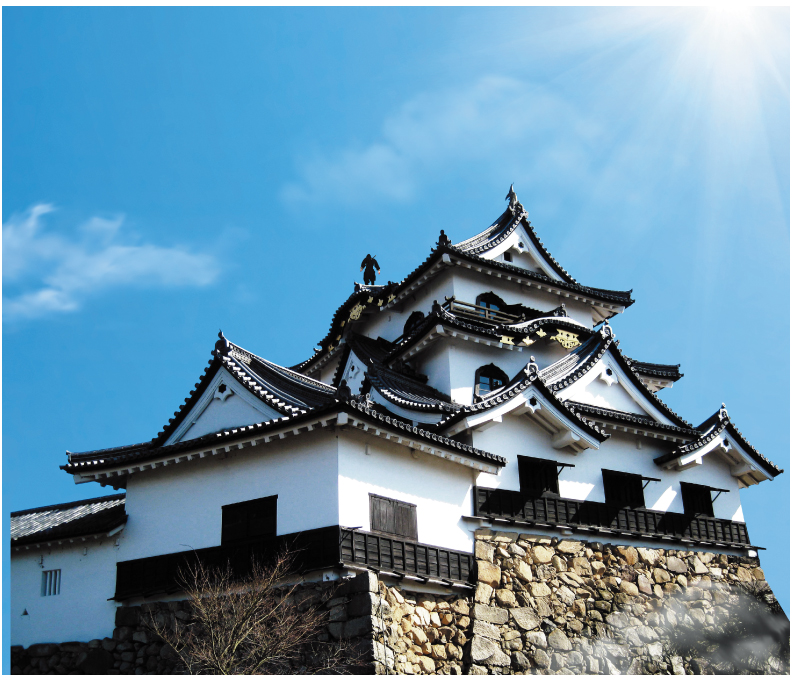 Shiga Prefecture has published a cultural information guide “COOL SHIGA,” to convey the various attractions of Shiga's culture to foreigners visiting this western Japan region in the future. It introduces articles that can be viewed from the following URL from March 30.

Shiga Prefecture is located in almost the exact center of Japan. Visiting temples and shrines, the old “kaido” road, and the historical buildings and streetscapes gives visitors a chance to get a taste for Shiga’s varied culture.

Hikone Castle has around 400 years of history since its construction to serve as the residence of the Ii clan, the “daimyo” feudal lord who governed the Hikone region during the Edo period(1603-1867). Although many Japanese castles were burned down in battles or dismantled, this castle is one of just a few that remain since their construction centuries ago. The tenshu(castle tower), tsuke-yagura(connecting tower), and tamon-yagura(hall turrets) are important cultural assets listed as “National Treasures” of especially high cultural and academic value. Together with other castles such as the World Heritage Himeji Castle, it is known as one of the five National-Treasure castles of Japan.

AKAZONAE, the Valor of the Ii Clan's Red Armor

“Kacchu” refers to a set of armor and helmet worn to protect oneself in battle. The Ii clan’s troops are known for their characteristic vermillion red armor, worn by the head of the clan down to the retainer. The uniform of red armor is known as “Ii no Akazonae” (lit. Ii clan’s red armor). It continued unchanged through the Edo period(1603-1867), and the fully red Akazonae style was handed down for generations as a symbol of strong troops.

NINJA: Masters of Skill and Knowledge

The basis of the modern interpretation is what is called “shinobi” who operated in the villages of Koka in Shiga Prefecture and Iga in Mie Prefecture from the Muromachi period(1336-1573) into the Edo period(1603-1867). Their primary mission was to safely gather and retrieve information. Their true mission was to return home safely with information. They were elite groups, possessing skills and information-gathering techniques that far exceeded the everyday knowledge of the time.

Noticed ninja hidden in the picture of Hikone Castle?

Among Shiga’s many ancient festivals, one of the oldest and largest is the Nagahama Hikiyama Festival which has been held in Nagahama City for over 450 years. The ornate floats of the festival have been called “moving museums.” The highlight of the festival is seen on float stages, where kabuki is performed by children aged 5-12.