SoftBank Corp. released a web movie on May 25 to convey the excellence of smartphones to consumers.

A heart-warming story in the movie features an elderly woman living on Tarama Island, a remote island in Okinawa Prefecture, where the penetration rate of smartphones is low.

She missed her grandchildren living in Osaka, located far from Tarama, because she can see them only once a year. SoftBank produced communications devices on an experimental basis that helped her have the virtual experience of using a smartphone to see how her grandchildren were growing. With the help of her son and his wife, the woman can regularly see her grandchildren now, using these devices even though they are far away from each other.

In response to requests from those who say, "We can't use a smartphone and can't see how our grandchildren are growing," SoftBank updated analog tools that elderly people are used to using. "Analog Innovation" allowed the elderly woman on Tarama Island to have the virtual experience of using a smartphone.

The story in the movie is set on Tarama Island, one of the areas where the penetration rate of smartphones is low. An elderly woman living on the island uses an ordinary mobile phone but has never sent an email. SoftBank updated analog tools she was used to using into new communications devices that even those who are not familiar with digital devices can easily use, teaming with her son living in Osaka, to help the woman familiarize herself with smartphones.

- Video showing her "Analog Innovation" experience released online on May 25

The documentary video showing the Tarama family's "Analog Innovation" experience was released online on May 25. Viewers can see how the elderly woman on Tarama Island uses new communications devices to regularly communicate with her grandchildren she had previously been unable to contact frequently.

Story of the video 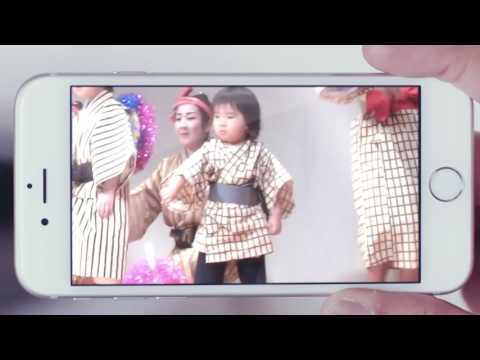