Starting this April, Kao Corporation began the second phase of the FURUSATO Environment Conservation Project in North Thailand. The public interest incorporated foundation OISCA will provide cooperation in this project to build on the first phase. Environmental conservation will continue to be conducted in the area that was planted with trees in the first phase, and crop cultivation connecting to increased income will begin. Trees will also be planted in a new area next to the afforested area to contribute to the lives of local citizens.

Kao conducted the FURUSATO Environment Conservation Project in North Thailand over a five-year period from April 2012 to March 2017. The project aims to improve the environment in North Thailand, where environmental problems including flood damage caused by rapid deforestation and soil degradation are becoming social issues. As part of the project, Kao Group employees, government officials, local residents, and students from nearby schools planted 42,500 trees on approximately 35 hectares of land. At the same time, Kao conducted environmental education to develop people who can protect and cultivate the forest. Routine activities to manage and conserve the afforested area are now conducted independently by local residents.

Local residents’ awareness toward environmental preservation was raised in the first phase of the project, and this created momentum for proper management of the forest and using the forest to build a foundation for local livelihood. In the second phase of the project that got underway in April 2019, crop cultivation began in the area planted with trees in the first phase. Local residents were offered opportunities to acquire knowledge and technology related to crop cultivation, and sales of the harvested crops will support their increased income. A new area of land is also being planted with trees. Through these activities, Kao aims to have the created forest sustainably maintained and utilized by local residents as an integral part of their lives.

Kao announced its ESG strategy, the Kirei Lifestyle Plan, in April 2019. Kao is developing its unique ESG activities globally, including the FURUSATO Environment Conservation Project in North Thailand, to enrich and bring delight and satisfaction to the lives of people around the world and contribute to the sustainability of society. 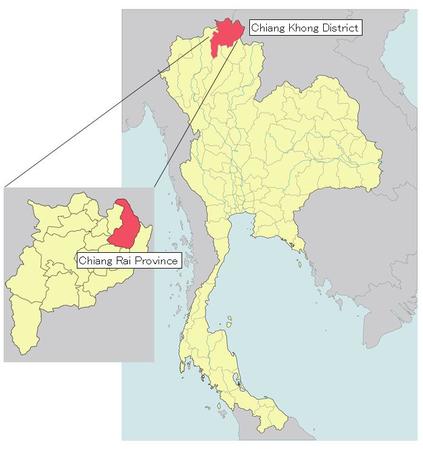 As in the first phase of the project, local residents take the lead in planting trees. Activities including work to prepare the land for afforestation, tree planting, subsequent management (cutting down vegetation three times a year), creating a firebreak, and forest fire prevention measures.

On approximately 1.6 hectares of the forest created in the first phase of the project, crops such as bamboo shoots, ginger, and bananas are being planted as an agroforestry*1 activity. Local residents are provided with knowledge and technology for crop cultivation, and sales of the harvested crops support their increased income.

*1 A land use management system that plants trees and cultivates crops and raises livestock around and among the trees.

OISCA Thailand began activities in Surin Province in northeastern Thailand in 1975. Since then, it has conducted activities in the areas of afforestation, environmental education, human resource development, agriculture, and exchanges. In recent years, Thailand has seen its environmental problems grow more severe as its economy has continued to grow, and OISCA Thailand is conducting activities with special emphasis on empowering children and local residents.

Kao creates high-value-added products that enrich the lives of consumers around the world. Through its portfolio of over 20 leading brands such as Attack, Bioré, Goldwell, Jergens, John Frieda, Kanebo, Laurier, Merries and Molton Brown, Kao is part of the everyday lives of people in Asia, Oceania, North America and Europe. Combined with its chemical division, which contributes to a wide range of industries, Kao generates about 1,500 billion yen in annual sales. Kao employs about 33,000 people worldwide and has 130 years of history in innovation. Please visit the Kao Group website for updated information. 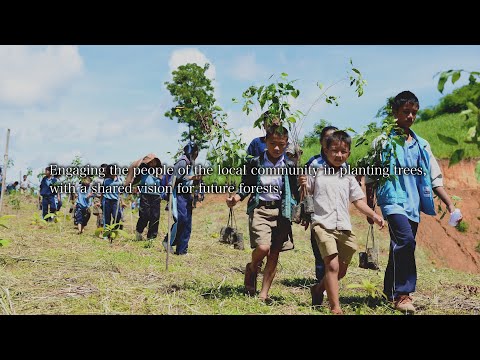