TOYOTA MOTOR CORPORATION announced on March 18 the launch of "Feeling the Street," a global street music initiative. Around the world, some of the most vibrant musical performances take place on street corners. That talent now has a home with the launch of "Feeling the Street" (www.feelingthestreet.com), an online campaign that celebrates some of the world's best buskers.

TOYOTA for the first time gives the general public a chance to select the world's best street performers by voting for their favorite artists to create an ultimate Global Street Band.

Realizing that TOYOTA shares the streets with talented musicians on every continent, a platform was created to give these amazing performers an opportunity for global exposure.

For the next nine weeks, street musicians will be able to enter the competition. Visitors to the site can choose their favorite performers and help to decide which six individuals they would like to see in a Global Street Band.

Phase 1 -- "Enter and Vote": Musicians can enter by submitting an original video where they show their skills, playing an original song on their street corner. A global online audience will then vote by throwing money in the hats of the musicians they like most.

Phase 2 -- "Pick your band": The audience will be able to pick a combination of the six favorite artists they would most like to see come together. Phase 2 runs from May until June, 2015.

Phase 3 -- "Taking the Global Street Band on the road": The winning participants will travel to New Zealand for a nine-day tour across the country that will culminate in a live performance on stage. Six audience winners will also be selected as 'Roadies' to travel with the band. Phase 3 runs from June 13 until 20, 2015.

One of the world's largest automobile manufacturers. TOYOTA's global vision includes a commitment to quality, constant innovation and respect for the planet. The company aims to exceed expectations to be rewarded with a smile. 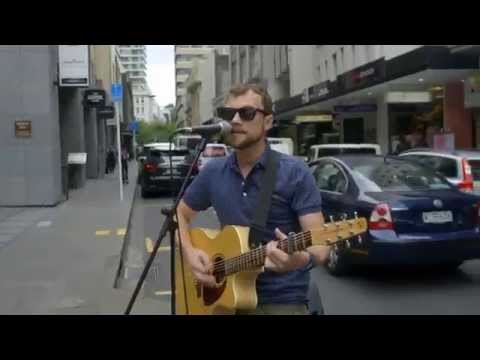