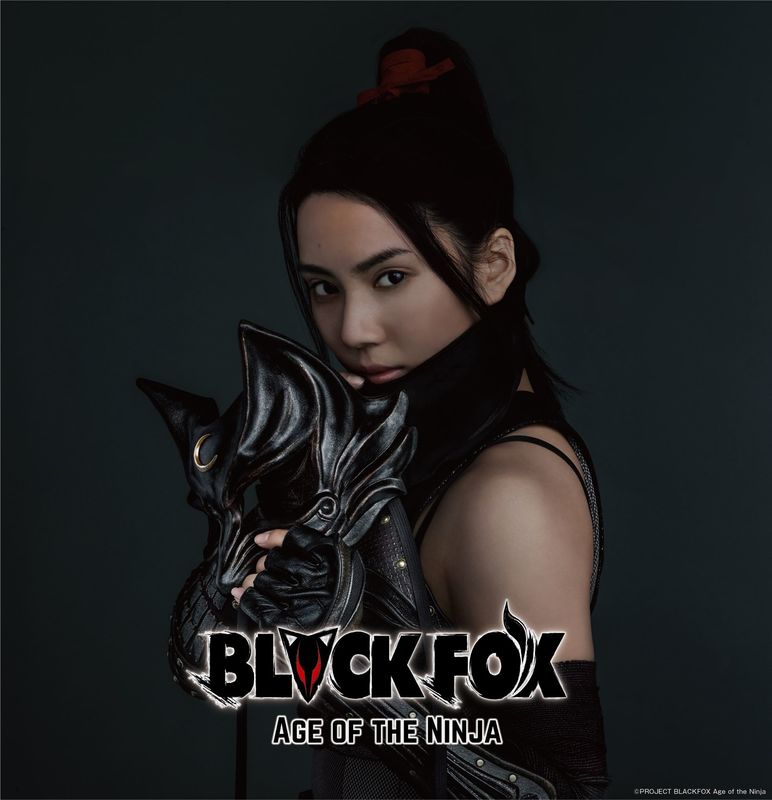 Director Koichi Sakamoto, who worked on the popular “tokusatsu” (special effects) TV series such as “ULTRAMAN,” “KAMEN RIDER,” “SUPER SENTAI” and “POWER RANGERS,” has personally selected Yamamoto to star in the work.

Yamamoto began learning Taijiquan at age 3 and has won many world championships. She had worked with Sakamoto in two other works, including “Ultraman Geed.” In her third collaboration with Sakamoto, the actress will try far more difficult feats than in her previous roles. For this project, Yamamoto devoted herself to playing the role of a ninja, and scenes of her amazing theatrical combat are the highlights of “BLACKFOX: Age of the Ninja.”

Besides Yamamoto, pop stars as well as popular actors and actresses active in special-effect "tokusatsu" films and action movies also appear in “BLACKFOX: Age of the Ninja.” In addition, action film heavyweight Yasuaki Kurata -- a superstar who has paired with Bruce Lee and Jackie Chan among other action stars in numerous martial arts films -- adds further weight to the work.

“BLACKFOX: Age of the Ninja” is a story about a ninja who is the ancestor of the protagonist of “BLACKFOX,” an animated science fiction film to be released in Japan on October 5, 2019. The anime work is set against a near-future backdrop while the live action film is set in the past. These two works will depict the world of “BLACKFOX” in a multi-layered way, transcending time, space and genres.

Because of her special ability, a girl named Miya is being hunted by a mercenary squad. On the way of escaping, she coincidentally meets Rikka Isurugi, who was born in the family of ninja for generations, in the secluded ninja group’s hideout. Rikka and Rikka’s grandfather Hyoe, a head of the ninja family, decide to provide her shelter, but instead, she asks them an act of revenge upon her father who was killed in front of her by the squad.

台湾での上映イベント／新宿バルト９での凱旋上映＆舞台挨拶開催「BLACKFOX: Age of the Ninja」

DVD発売前に20を超える配信サービスで配信開始！特撮アクション時代劇「BLACKFOX: Age of the Ninja」